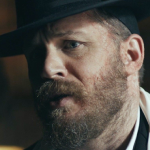 We value open discussion and constructive criticism, however, we do have to be inclusive and mindful of others. We expect that players:

You may not commit hostile actions or crimes in any of the following locations unless a target retreats into this area:

Powergaming can be defined as:

Forcing your actions onto another player:

Metagaming can be defined as using the information you gained Out of Character to help aid a situation In Character.

Deathmatching is the act of killing another player without adequate In-Character reasoning. Fishing for an IC reason to kill someone, otherwise known as 'provoking' is strictly forbidden. Most players are subject to the Faction War Rules unless you are acting as an individual with no affiliation to any faction on the server.

You must always have a strong IC reason before you attempt to kill another player. For example:
Examples of bad reasoning:

There are some simple rules surrounding the act of forcibly taking from another player on the server to ensure that it remains reasonably realistic.

We have a zero-tolerance cheating policy on the server. Alongside our specialized anti-cheat, any and all instances of cheating will be met with a permanent ban. This means you will never be getting unbanned on the server unless you can categorically prove that you were not cheating.

This includes but is not limited to:


I also want to stress again that we have tools, that the majority of other servers do not, which will help us catch cheaters. Since I know that SAMP is a breeding ground for cheating, I want to repeat that is not worth getting yourself banned from the community forever. We have tools at our disposal that will be able to tell that you are using third-party modifications, abusing server bugs, etc, and will flag it to the staff team immediately. It is much more fun to play fair, so let's try to keep it that way. We don't want to have to ban a large portion of the SAMP community.

Whilst we do not want to be a community that censors its users and discourages creativity and unique characters, there are some limitations that we have to place on RP to avoid disrupting other people's experiences on the server. We do not wish for the server to be a place where people can enact illegal or extremely immoral fantasies or fetishes.

There are also some limitations on how you manage your characters in an OOC sense. This is to avoid unfair situations in which an OOC event may transpire to negatively impact another player's experience.

All players are upheld to the Faction Rules whether you are considered a faction member or not - this is particularly important for people acting as a group but not a faction. The server's CK and PK rules are also covered in these rules. You can read them here.

Any questions or concerns can be sent to my inbox. I'll respond to every message.

2 by Dan
Rule 10 added.
Any questions or concerns can be sent to my inbox. I'll respond to every message.

Re: [GAME] Allow people to park their vehicles.
How about we create a command like /v park that sa
Ronald_LaPietra, 7 minutes ago